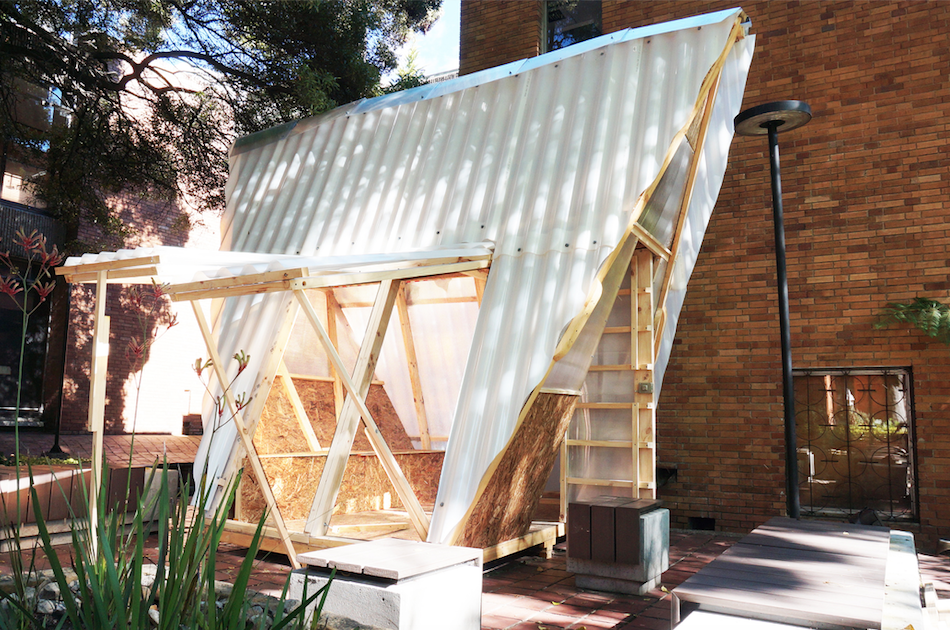 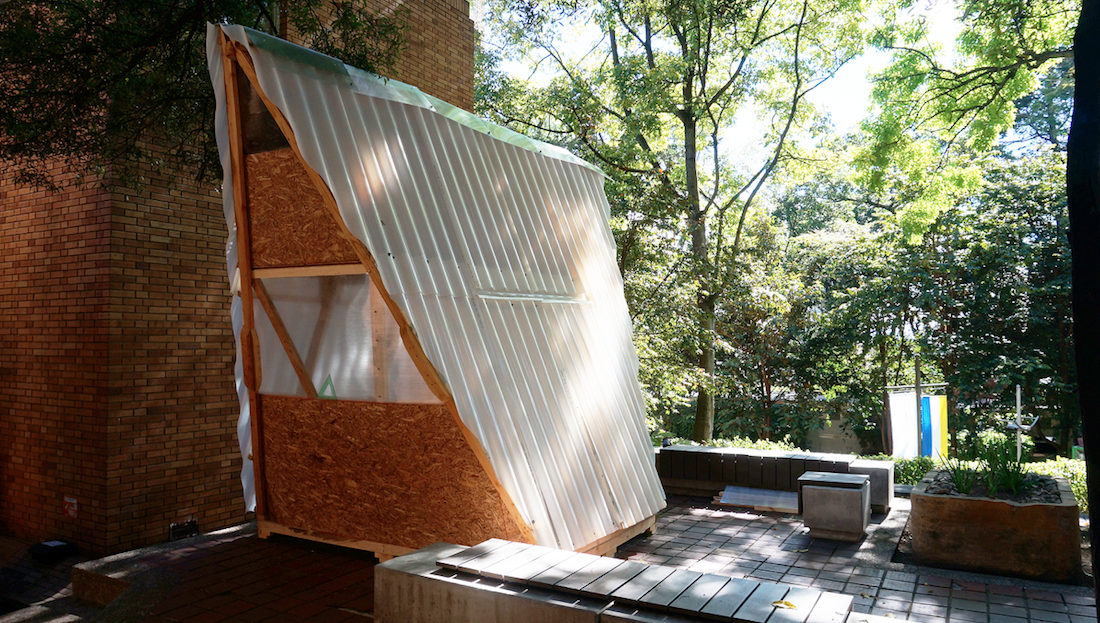 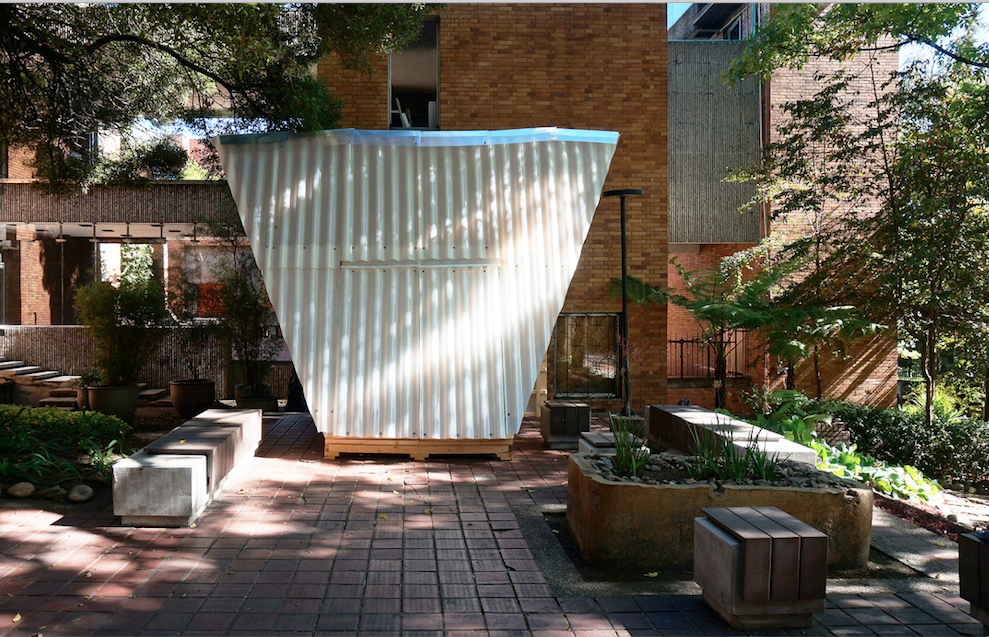 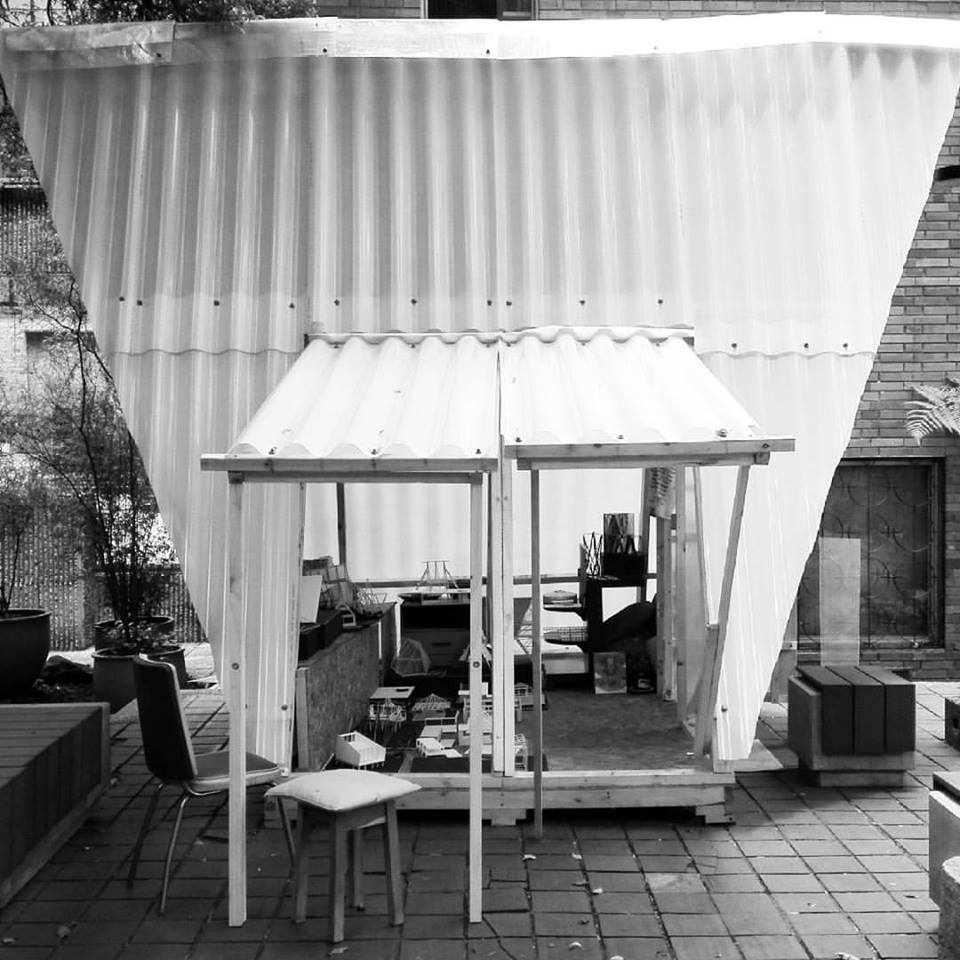 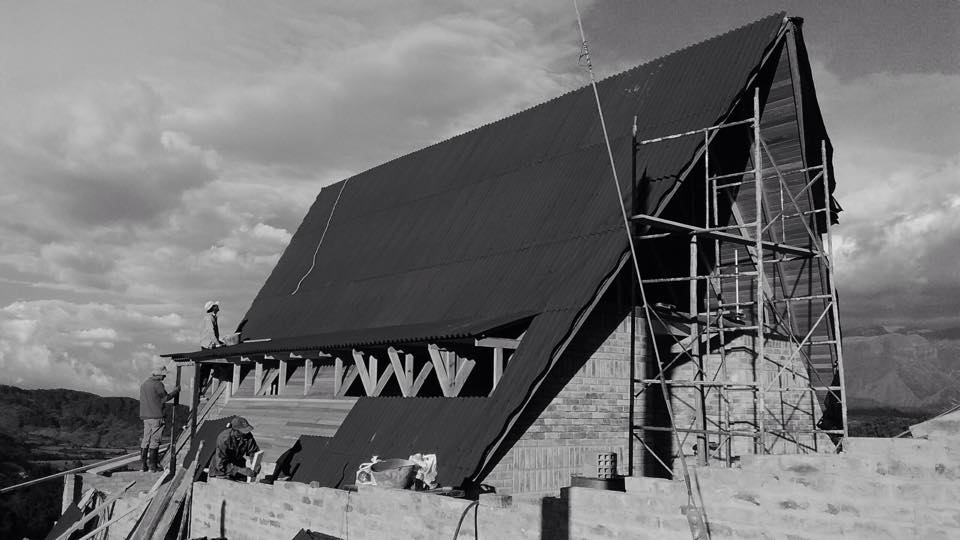 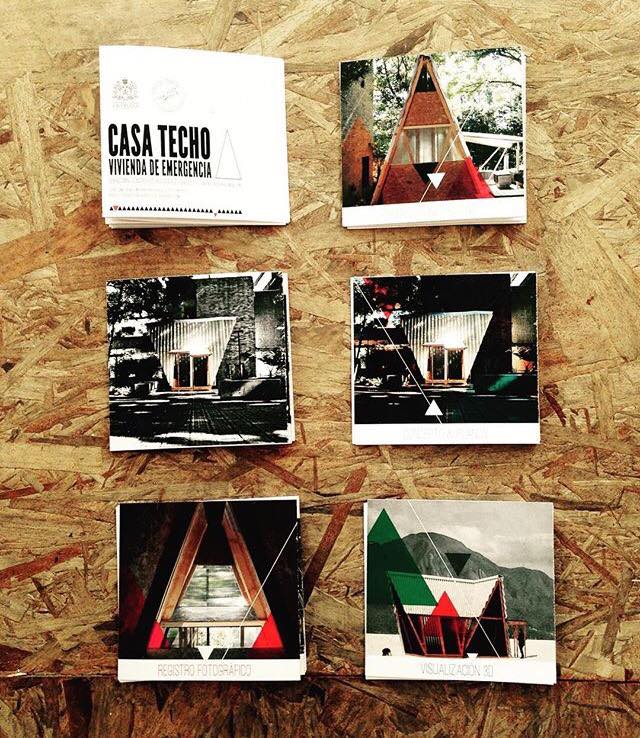 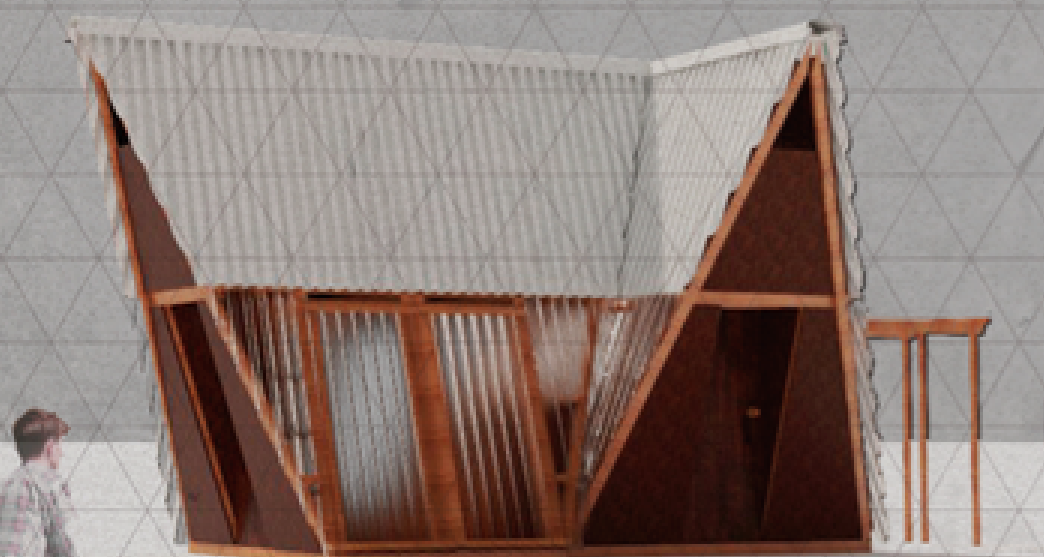 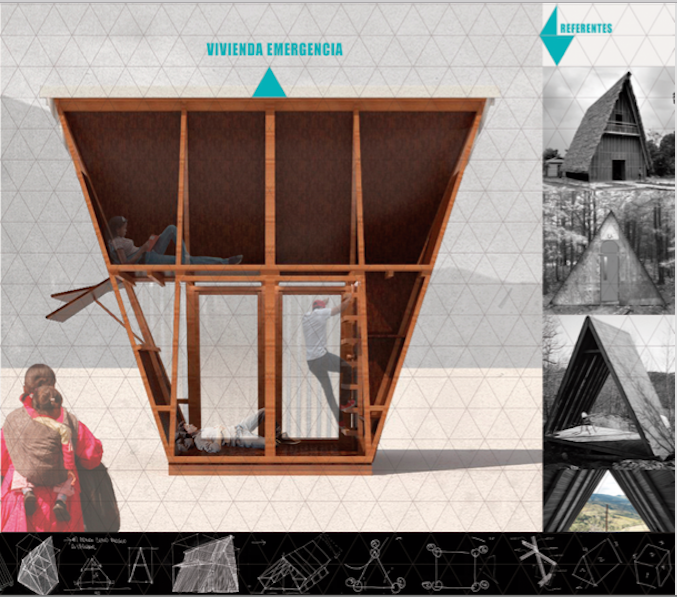 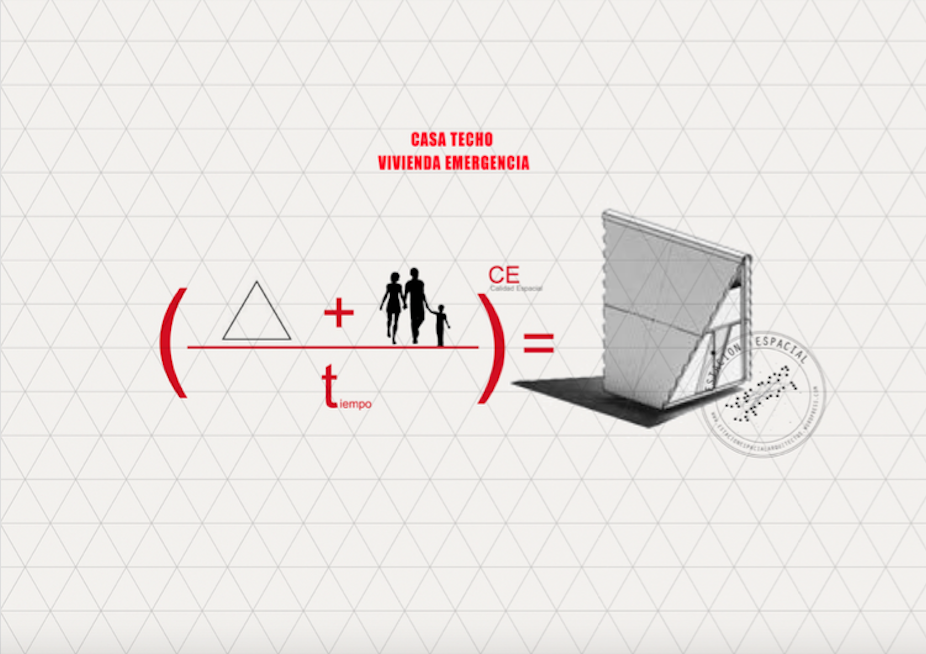 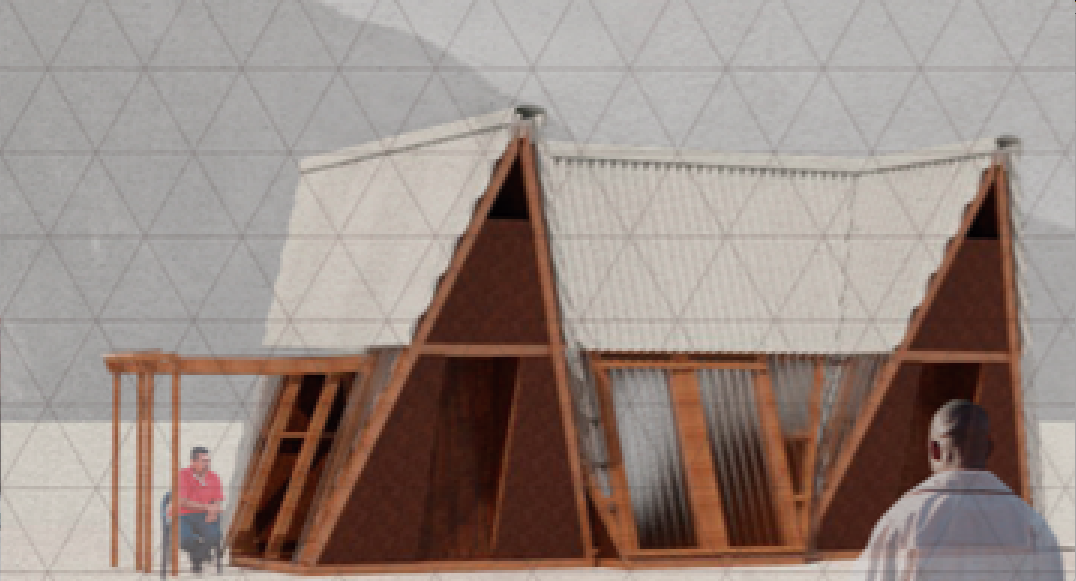 A roof is more than the structure of a house, a place, a space covering device of inclement weather. A roof is a primitive and elemental element that allows inhabit, an essential architectural element when we think of a home. A roof is a symbol of dignity to speak. It’s what people claim on the streets of cities.
Even if the image of a roof is minimal or poor, a roof represents the dreams of people.
CasaTecho synthesizes two architectural elements as one wall and roof is at the same time. With this you can optimize your construction process and save materials.
How is housing whose living roof, comfortable space and heat, has the minimum amount of structural joints and allow to generate a multiplicity of situations?

We believe that a roof is the minimum element constituting a home. If we build a roof architectural way we are responding efficiently to the habitability of a dwelling mode.
We propose a house as a living roof. We are convinced that if only a roof is solved, we are solving the most difficult to build a house, while the most useful of it for various climates and topographies, and we are delivering the essentials for living safe and comfortable.
The fundamental criteria we use for the proposal is precisely that housing was transportable, lightweight, quick and easy assembly, comfortable against the cold or heat, ventilated, safe and low environmental impact solve water scarcity.

Our proposal is based on a principle of support for building a habitable space covered by two folded flat to form a triangle traction. The structure is composed of triangular and rectangular wooden frames, sized to be manipulated by three people, this can arm and disarm the housing without any machinery.
The house we call “CasaTecho” has been developed as a haven for low cost and good thermal insulation. It consists of a ground floor that allows walk-in kitchen and eating space / sleep, a second living level sleeping and structural thermal protection cover surrounding the whole house.

cheap materials, lightweight, simple to put together, are the key to the proposal. The wooden roof structure would represent technology reducing to a minimum and maximum simplicity of assembly.
With the idea of reducing weight and size and enhance portability, the size of the volume is determined based on long having standardized lumber and the size of the planks, with the purpose of reducing the number of processes in the construction thus the number of cuts and material loss is decreased by optimizing the construction costs and execution time.
Built entirely of wood, polycarbonate and polypropylene tile, CasaTecho is a contribution to the traditional model of emergency housing.
CasaTecho collects water using its inclined planes, therefore you can handle the water to be used inside as outside in their gardens and orchards.
CasaTecho has the ability to vary its building materials in order to have greater structural strength and better thermal insulation, which makes it more efficient to different climates.
CasaTecho by having a triangular morphology is more stable and resilient.
CasaTecho provides inner spaciousness for its double height.
CasaTecho can adapt to unstable ground for its versatility in supports.

He has given lectures and workshops at different universities in Latin America (Panama, Peru, Brazil, Colombia among others).

His line of research development is linked to the social residential habitat, ecological value projects, with a strong emphasis on the recognition of cultural and geographical values.

He currently serves as professor of project in Colombia (Javeriana University) and Chile (Catholic University of Chile and Central University).