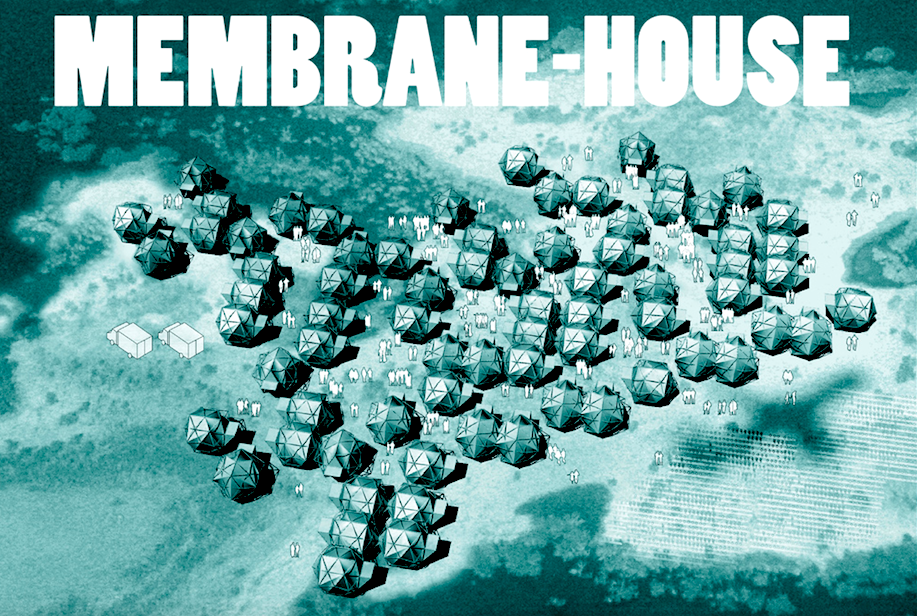 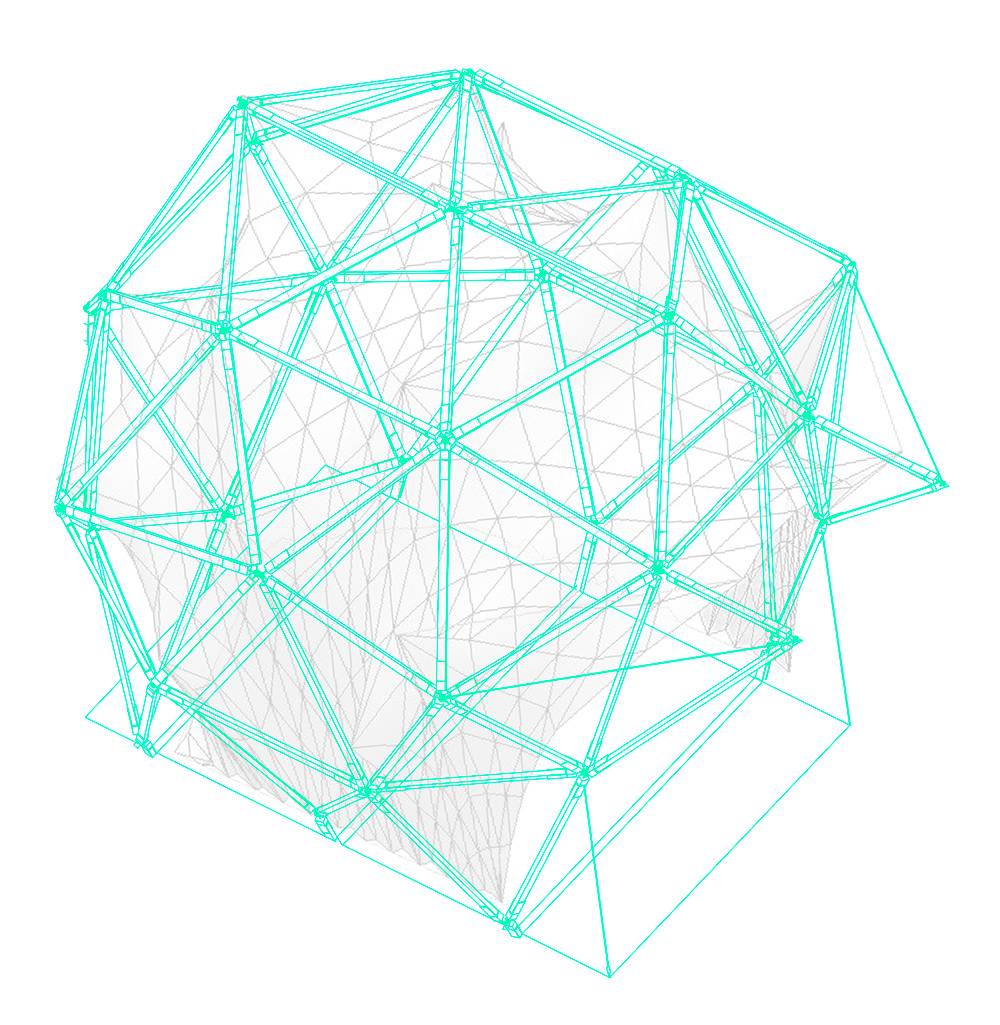 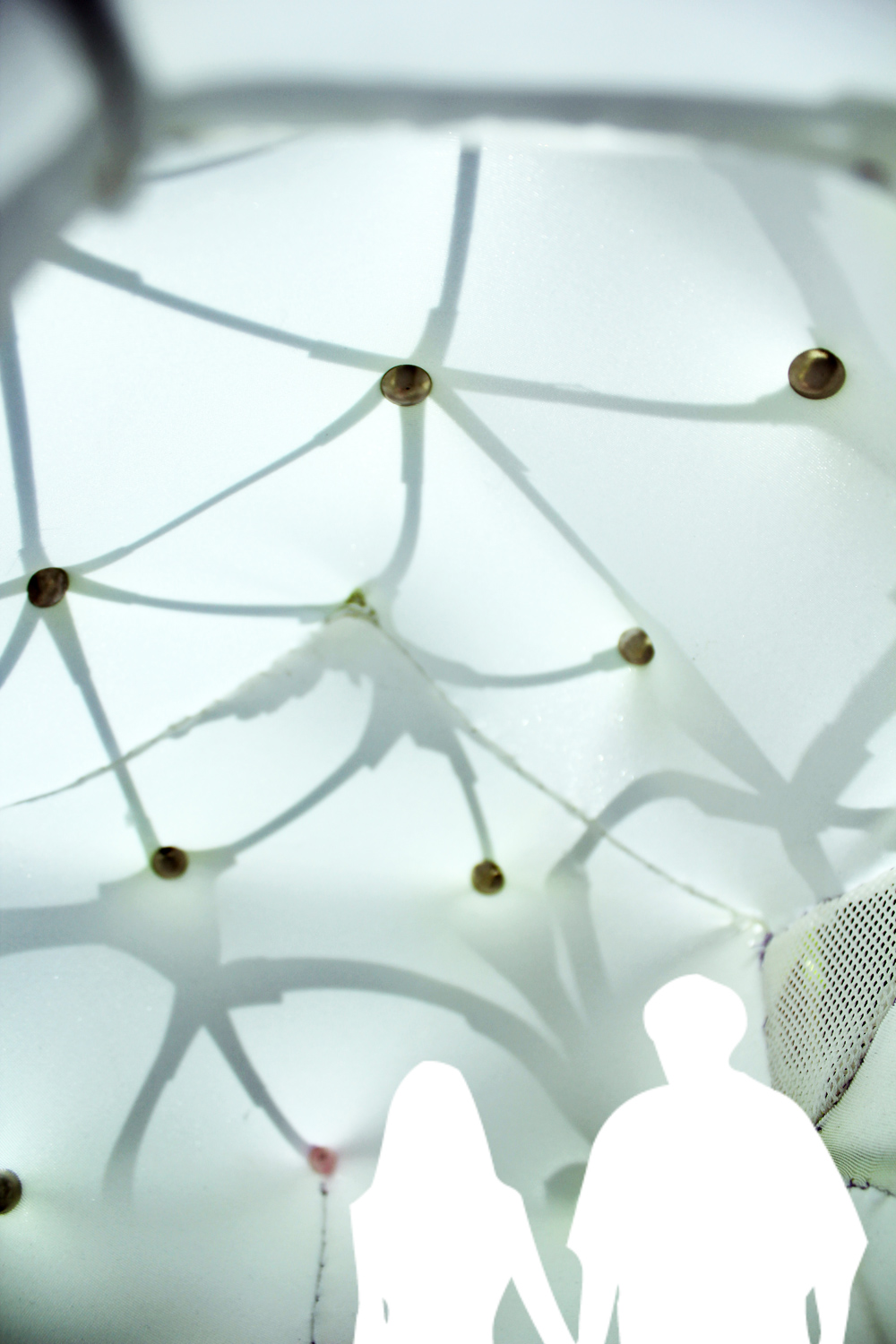 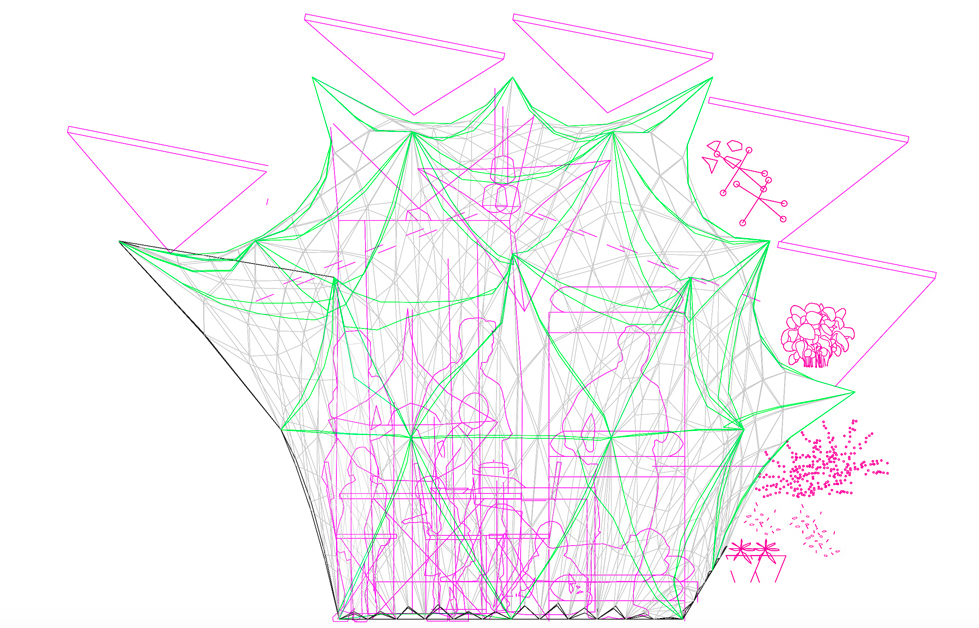 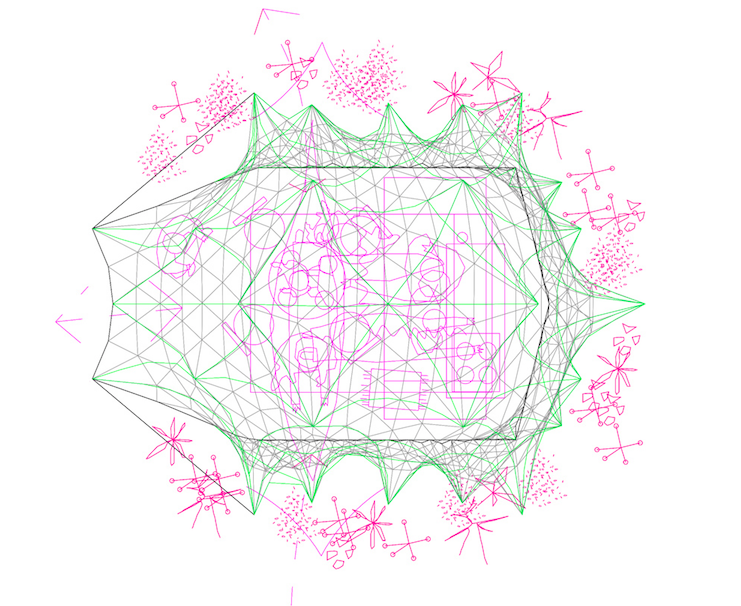 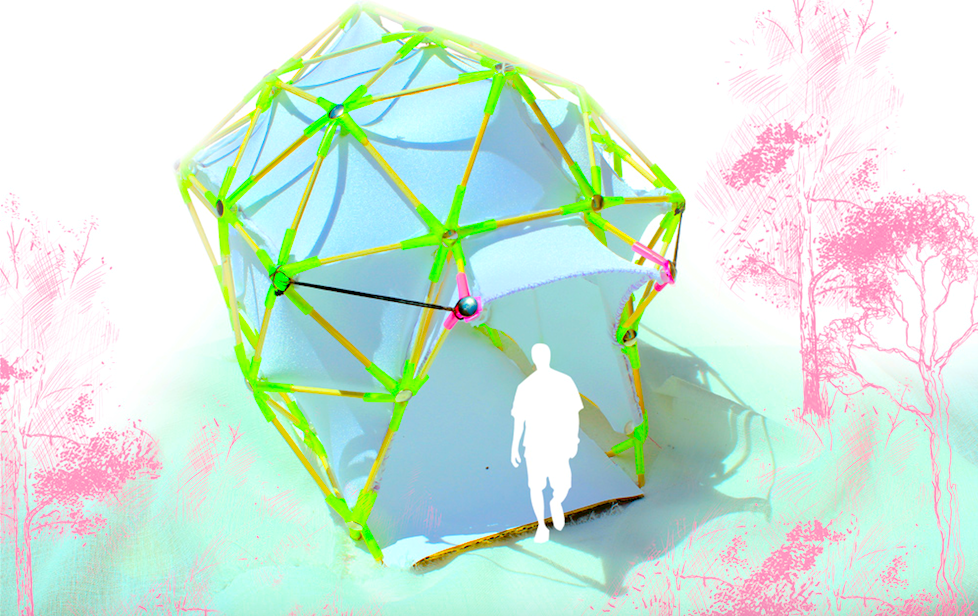 Membrane-house stems from the need to raise long-term shelters, given the numerous and worrying current instances where life in the refugee camps continues over time for years. Given these facts, the shelter has the vocation not limited to the contingency, but from an ephemeral condition, make life easier and bring users habits or actions that have been forced to resign and to have a prolonged use.

Privacy, multiple uses, safety and durability.
Thus understood the module as a device for political action, since, due to its consistency and durability, gives off a message at a time of urgency and permanence: the migration crises and asylum refugee should stop treated as a temporary matter, refugee cities with over twenty years of permanence so claim. The standards for the construction of UN refugee camps seem naive and shallow. What is proposed here is, instead of normative making and structure “from above” the morphology of cities, generating nuclei with the maximum possible potential; replicable and portable, but also rigid and stable. That is the dual message Membrane House: the cities of refugees will never be as their hometowns, but as long as there must be consolidated and visible as possible.
A membrane with a structural function and enclosure provides thermal protection, privacy, and privacy, making walls and ceiling, combined with a simple wooden structure based on the geodesic dome but changing its shape to suit everyday use and land with different characteristics . The body fabric tension combined with the elongate wooden compression work to yield an efficient structure which optimises its materials at a low cost market.
The project, proposed to be assembled in a short period of time and can be transported easily (no component exceeds 1.20 m long), has a versatility that allows simultaneous accommodate different uses by hanging or supported artifacts or unique applications concrete. The shelter is intended as possible unity within groups or cities, offering the possibility of hosting private or public spaces. The structure, evolving, talks about a way to raise the architecture of refuge, that fit every need can be crystallised in different results in a matter of scale, spatiality and materiality.

LHRC is a newly formed ETSAM graduates architects and involved in various ways in research and direct action on the social and urban space group. They have worked together on various projects since 2006 and currently synchronise their activities from Brazil, Spain and the Netherlands. The lines of action of the group go through a different engagement with the world, from architecture. This has led them to become involved in various processes of exploration and learning, questioning and unraveling some emerging approaches: sustainability in cities, participation and self-construction.
They have done projects in Latin America, including Colombia, Mexico, Brazil and Argentina, mainly social approach, working in communities with high exclusion as El Dorado in Bogota (CL), or informal settlements in Monterrey (MX), with migrants in City of Mexico (chair-parasite project, published in the journal Art Code) and territorial analysis (Log sound, project driven by the AECID) of the great Chaco region (AR). Its members have taught workshops in UANL Social Architecture (MX) and unconventional structures Tec de Monterrey (MX) and ETSAV (ES). Networking with other groups.